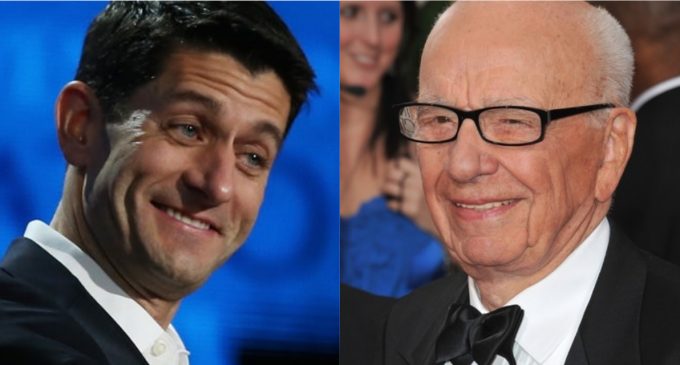 Fox has been on quite a roll as of late.

First, they suspend Judge Pirro’s show from their lineup for making comments about U.S. Rep. Ilhan Omar wearing a hijab. We’re told that the suspension is just for two weeks, but time will tell if this is a pretense to her being let go permanently. If that happens, her good friend President Trump should give her a nice spot in his administration.

Second, Fox News hired Donna Brazile, the former acting chair of the Democratic National Committee, as a political contributor. As you know, Brazile was fired by CNN in October of 2016 for sharing town hall and debate questions with the Clinton campaign. Good grief!

Now, to top it all off, Rupert Murdoch’s Fox Corp. has hired top RINO Paul Ryan to their board.

Will it ever end?