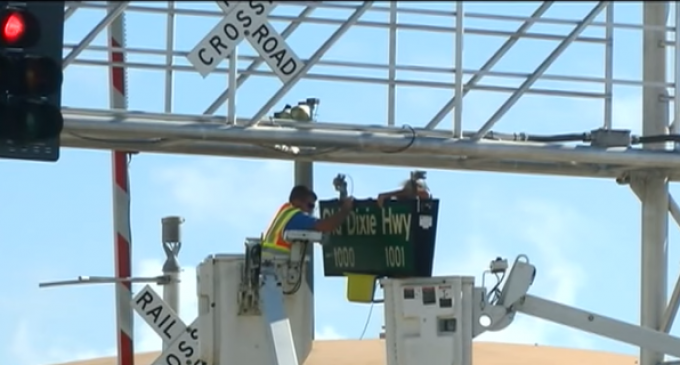 Another historically correct memorial has been removed because of racism.  The “Old Dixie Highway” has been renamed because its roots are intertwined with the “vile heritage of slavery, violence and racism”.

The new name for the highway, “President Barrack Obama Highway”, also has ties to racism and division as “the great “uniter”, has become the great “inciter” when it comes to race relations. His legacy will not be remembered as one of bringing people together, but rather creating a chasm, one which has not been seen for 20 years” as previously reported by Truth and Action.

Riviera Beach is the second place in Palm Beach County to name a roadway after Obama.  It is sadly ironic that the renaming of a highway to help “free the country from toxic racism” should be replaced with the President that has stirred up reverse racism and incited instead of united the American people.