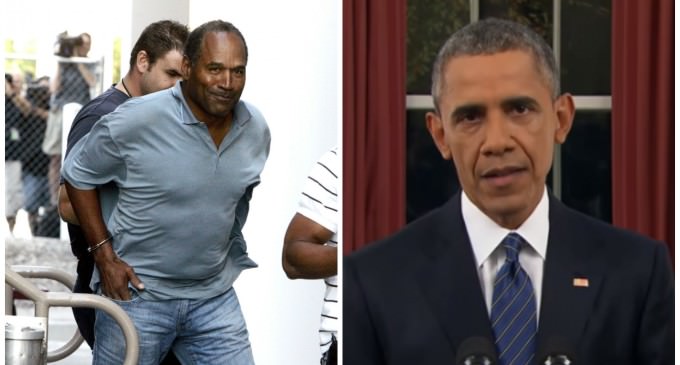 The great “uniter”, President Obama, has become the great “inciter” when it comes to race relations. His legacy will not be remembered as one of bringing people together, but rather creating a chasm, one which has not been seen for 20 years.

Remember the chaos surrounding the OJ Simpson trial and the issues of race that boiled out of the court room and onto the streets of America?  The nation was divided over whether OJ's race played into his acquittal, among many other aspects.

A CNN poll from October of 1995 found that “60% of of all whites believe that blacks who think Simpson is innocent hold that view mostly because of Simpson's race. While among blacks, 58%  think that whites who maintain Simpson is guilty feel that way mostly based on Simpson's race.”

The hope and change that Obama was supposed to bring in uniting the American people was nothing but a parlor trick.  He has stirred the kettle and created a climate of bitterness within the black communities, using tragedies to ignite and divide the nation.

Read more on the 20 year low on the following page.