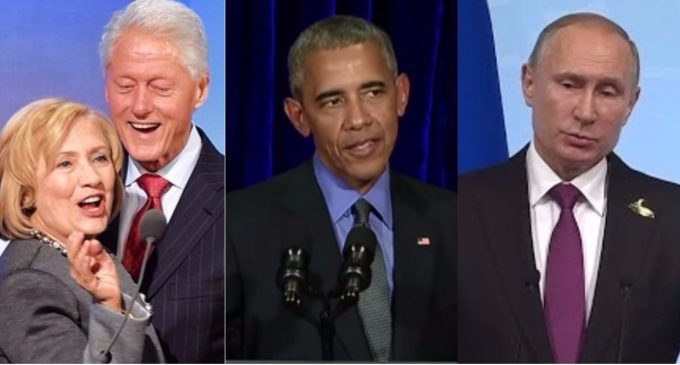 We all knew from day one the real reason Hillary Clinton and the rest of the leftists screamed Russia so loud when President Trump won the election and ushered in a staff into the Justice Department.

Fox News Host Sean Hannity handed out a brilliant indictment last night of the case recently uncovered against both Bill and Hillary Clinton.

“After President Trump won in November, President Obama and his administration — they were telling anyone who would listen, ‘Russia! Russia! Russia! Russia interfered with our election. Russia was creating a direct threat to American democracy’” Hannity mocked. “Well if that’s the case, why when they have mountains of evidence that we will reveal tonight…”

Hillary Clinton will be wearing orange soon if the law of the land will indeed start being enforced once again by President Trump. This new evidence uncovered revealing a blocked FBI investigation is bound to astound and confirm everybody’s worst suspicions. Hillary Clinton sold our country out from underneath our feet!