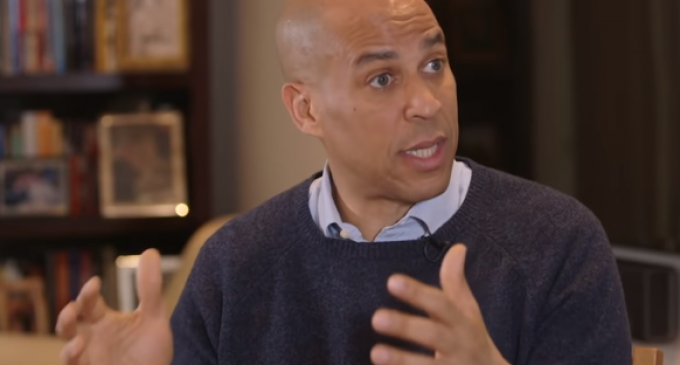 New Jersey senator and 2020 presidential candidate Cory Booker announced Monday he plans to introduce a bill that would form a commission to study reparations for black Americans.

Booker, who recently claimed that our Founding Fathers wrote ‘bigotries' into the Constitution, joins a chorus of other Democrats calling for reparations.

The voice of the now-defunct Impeach Trump movement, Congresswoman Maxine Waters, promised in 2018 that if Democrats took the House financial reparations would be on the way.

It's a great carrot to dangle, and boy, do Democrats need a big carrot!

In 2016, then-candidate Trump asked black voters ‘what the hell do you have to lose?' by voting for him seeing how Democrats have utterly failed in their promises. Since then, President Trump has shattered employment records among African-Americans like no other president in history.

Reparations are likely to be on the tongue of 2020 Democrat hopefuls leading up to election day.

If Democrats were to be as direct as President Trump is, their campaign slogan might be: Do you really want to work, or do you want reparations?

Turn the page for details on Booker's reparations bill.