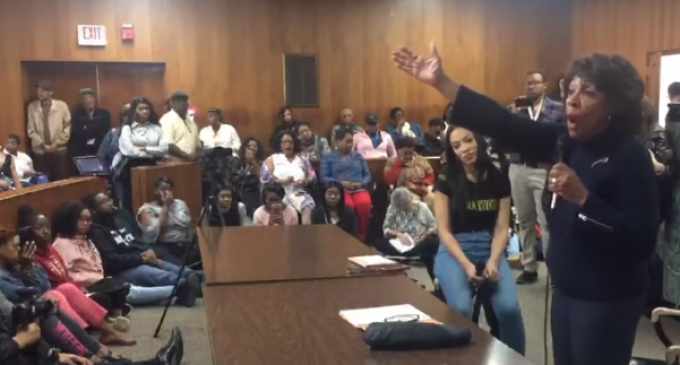 It's easy to avoid writing about Congresswoman Maxine Waters. Instead, you really would prefer she just go away and quit bothering us, making a fool of herself, and disrupting the Republic. Perhaps if she were to be quarantined to left-wing comedy shows, she would be more tolerable. Unfortunately, this left-wing loon gets plenty of face time on what purport to be serious news programs. And that is tragic.

She has been the voice of the Impeach Trump movement. In one sense, that's a good thing. After all, we would prefer to have Maxine shooting off her mouth than someone who actually speaks with clarity and some intelligence. She brings nothing of value to the debate, and that's okay.

She is now proposing some additional offensive policies should she get in power. More on page two.