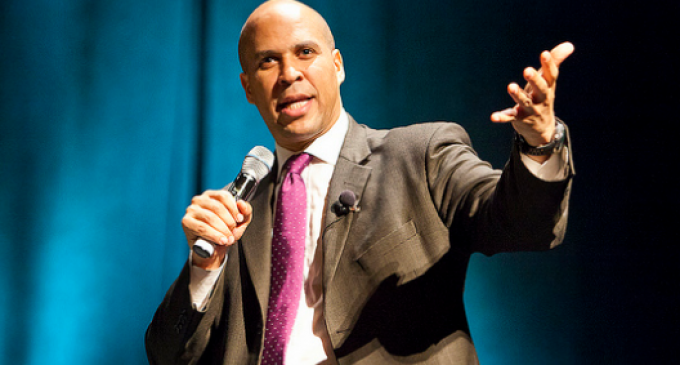 One could say with a great degree of certainty that it's no easy task to design a new government. Not only does one have to flesh out the design failings of past empires but the desires to set out a form that would embody and release what one conceives as the best of what humanity has to offer.

Yea, not an easy task.

Yet, we got lucky with the United States. Our birth happened upon several geniuses who would craft a grand experiment whose unequivocal success would be the envy of the world.

With having accomplished something the world had never seen before – a republic where each and every person could rise to their envisioned heights – one would think that the foundational documents that gave them such envied positions in the world would be forever revered.

Well, there are smaller minded persons with agendas that don't exactly favor freedom.

Enter Democratic presidential candidate Cory Booker. He's got some criticism of our Founding Fathers that will surely stir up the left.