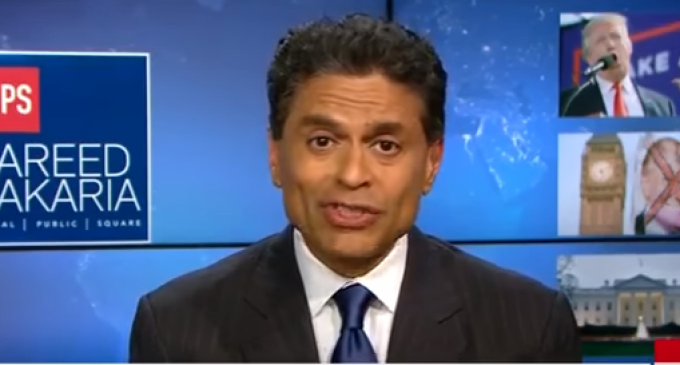 Hillary Clinton might not need to release her upcoming book ‘What Happened” on why she lost the election. CNN’s Fareed Zakaria thinks he knows why. If you didn’t care for Hillary calling us all “deplorables”, or Nancy Pelosi saying we voted “in a certain way”, “like mammals” you won’t like what Zakaria thinks of Trump supporters.

Fareed Zakaria and everybody else at CNN representing the Soros lead Fake News Industrial Complex (FNIC) thinks everybody who voted for Trump is stupid. We don’t like Hillary because she “perfectly represents” the “overeducated professional elite”. That’s why we like Trump. Hillary Clinton and her supporters are too good for us and our men support President Trump because they want to be gay and are scared.

You can watch this video of Zakaria saying these things for yourself or read the transcription from this message on the next page. It is scary how hard Soros, FNIC, and the globalist elite are trying to tell us America is “irrelevant” because Trump supporters are bad and secretly want to be homosexuals.