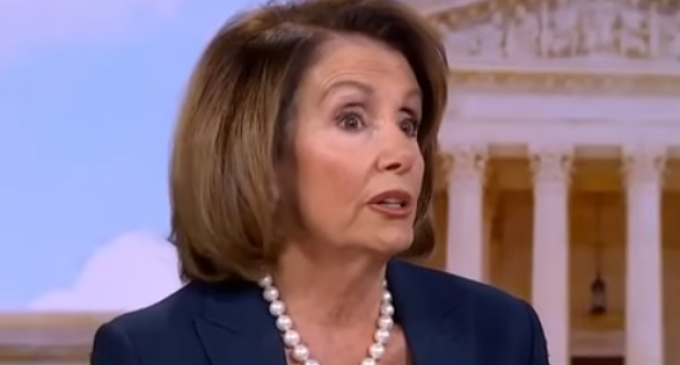 House Minority Leader Rep. Nancy Pelosi is losing her mind. This statement is not designed to be hateful or slanderous. These are just her own words being reported.

Pelosi gave a cringe-inducing interview Friday with MSNBC. Crude words, ignorance, and self-humiliation took this exchange to a whole new level. One obvious conclusion emerged. Pelosi believes in evolutionary racism. You remember the old way scientists determined the Negro race was inferior by measuring skulls and proclaiming Negroes were closer to apes while whites a higher evolved species? This same old racist theory can also be pulled out of an elderly buttock and used by a senile old lady to explain why half the country is animals.

It would be charitable to imagine she thought she was a cartoonish figure and playing the role of a witch or evil stepmother in a fairy tale. Then maybe it would make sense why she thought she was living in a kingdom, not a democracy and why half the land is talking animals. But, alas it is instead merely that Pelosi has at last cracked under the pressures of Trump Hysteria and revealing her true viewpoints.

What brought up the topic of talking animals? Hillary tasked Pelosi with renaming her “basket of deplorables” and apparently imagination or original thought is something of a commodity over there in the snow filled Liberal Kingdom fighting the siege of reality.

Pelosi’s theory as to why Trump supporters are primates and how thoughts of Trump, not sleeping keeps HER up at night on the next page