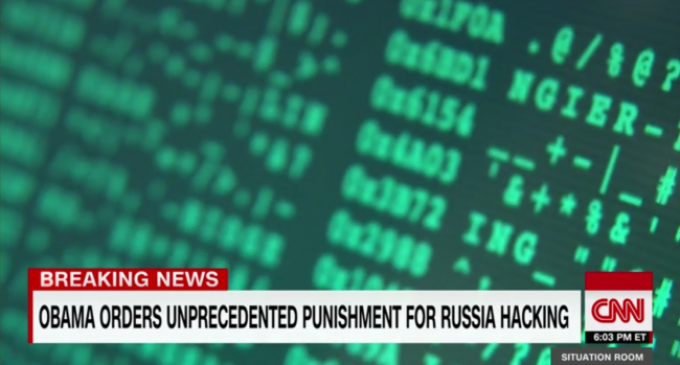 For the past several weeks, we've been subjected to a torrent of unsubstantiated claims of cyber attacks by the Russians on computer servers owned by the DNC and other party members. The latest accusation is that Russia hacked into our power grid with the goal of wreaking havoc with our electrical systems.

What all of these accusations have in common thus far is that they remain unproven. Given the zeal Mr. Obama has for creating problems for Donald Trump, you would have thought if any of this stuff were true, he would be able to produce some very solid evidence. Actually, even if these claims remain unfounded, you might have thought he would have come up with at least some better lies and some quality fake evidence.  Hasn't happened.

While there's no attempt here to portray Mr. Putin as America's next best friend, deliberating provoking him with false accusations and ejecting his diplomats from the US isn't just bad diplomacy, it's childish, and an American president should be able to accomplish his agenda without stooping to such tactics, tactics that so far are not even working.

The whole thing has a bit of a humorous side however, and that's explored on page two.