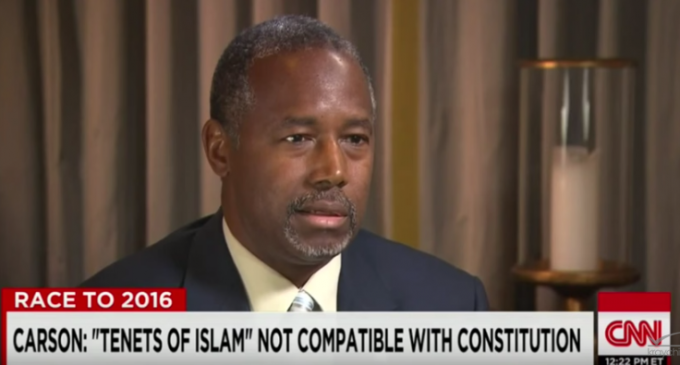 Ben Carson asks CNN's Jake Tapper if he would be, “Willing to advocate for someone who was not willing to put the Constitution before their (Islamic) religious beliefs (sic)?  Probably not.”

Tapper then attempts to back Carson into a corner saying that the “Constitution itself has no religious test.”

Carson fires back that he has made it clear that, “…anybody, from any religion, any background…I told you what the criteria was…”