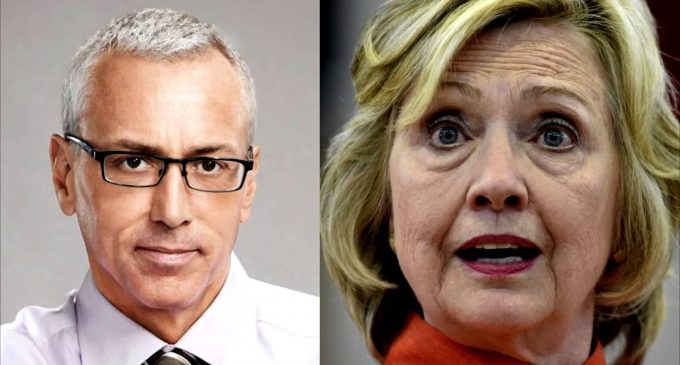 That CNN is an institution the purpose of which is to elect Hillary Clinton to the presidency is so obvious, that it seems silly to even discuss the issue.  Just taking inventory of the stories CNN covers and how they cover them will end that debate.  So what are we left with to talk about? Perhaps just a study of how they do it, and what journalistic outrages they commit on any given day.

I recently covered the story of how the popular Dr. Drew lost his show on CNN's sister channel, HLN after commenting on what he saw as serious health problems with Hillary and with the treatment she is receiving.  Maybe he knew he'd take a lot of heat for saying anything the least bit uncomplimentary of CNN's pick for president, but he surely wasn't prepared for what was coming next.