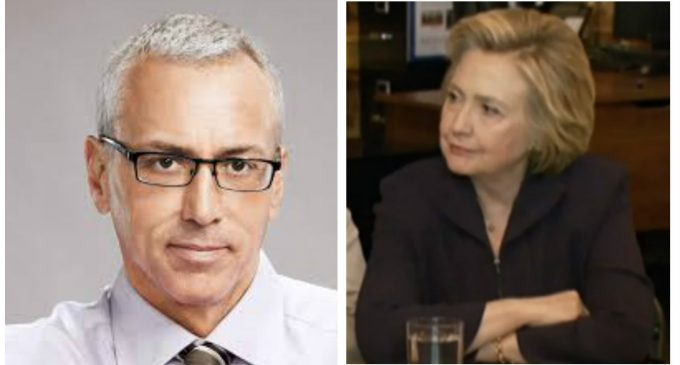 Aren't we supposed to believe that liberals are the true supporters of freedom of speech?  That they are the guardians of that sacred right of Americans to express themselves on all matters political, religious, and more?

Wrong again. Liberals are for the freedom of speech of other liberals. Oh, they don't mind a few “right-wing crackpots” making comments so long as they aren't influential enough to really make a difference in public opinion.

But when a serious commentator influences an audience by pointing out something unflattering to the progressive agenda or one of its exponents, the “tolerant” mask comes off, and the liberal's job of either disgracing or silencing that critic gets started in earnest.

We see this happen quite often, but the latest outrage relates to the questioning of Hillary's health in the light of what appears to be some bizarre behavior by the candidate on numerous occasions.