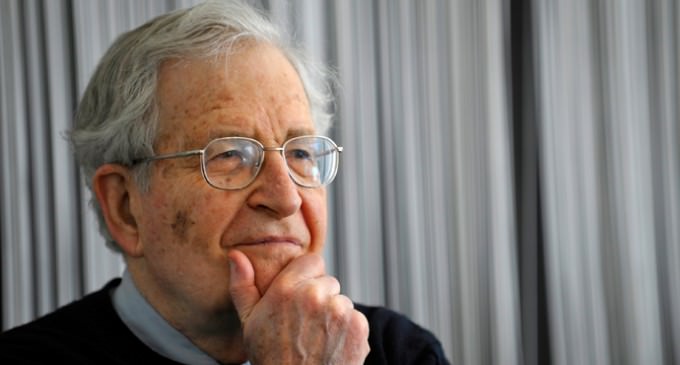 Noam Chomsky states that the “new NATO” that came about after the collapse of the Soviet Union is in reality a US-run intervention force.

“Its mission changed. The official mission of NATO became to control the international, the global energy system, pipelines. That means, to control the world,” Chomsky states.

He goes further to state that the actions of NATO could spark nuclear war and that the world is, in fact, ‘ominously close to nuclear war'.

Click On The Link Below To Read More + Watch Video: