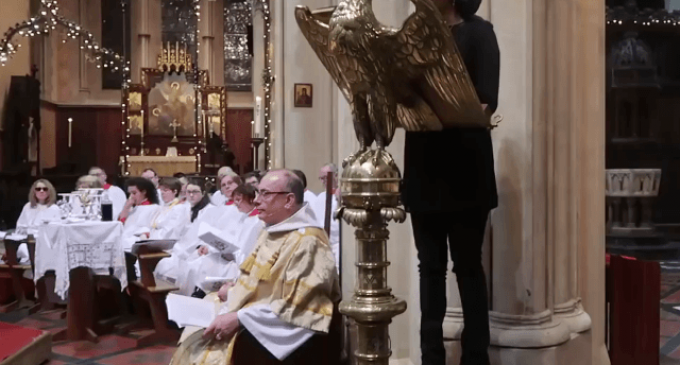 When one looks at modern politics, several things come to mind. Besides the obvious draws like power, money and influence, religion now stands as mighty chess piece on the chessboard of corruption. If you'll recall that not long ago, at a Cathedral service in Glasgow, a passage was sung from the Quran that denied Jesus as the son of God. The Cathedral praised the event, calling it “wonderful.” The song was sung during a Eucharist service to mark the feast of the Epiphany, which is a feast to celebrate the baptism of Jesus, whom the Quran passage says shouldn't be worshiped.

People aren't as stupid as the Catholic church seems to believe. You can't have your contradiction cake and eat it too. To top things off, if you know anything about history, you know that Christians and Catholics have never actually got along with Muslims. If the crusades aren't proof enough of that, the foundation of Christianity and Catholicism are the anti-thesis of everything Islam believes and follows. However, in this new era of political correctness, apparently, we can take only the pieces of religions that we like and tailor them into custom packages.

Though, some people might not be down for that. After speaking out against the Islamic prayer denying the divinity of Jesus, the senior churchman has tendered his resignation . . . or has been forced out. You know how they like to politely phrase things.