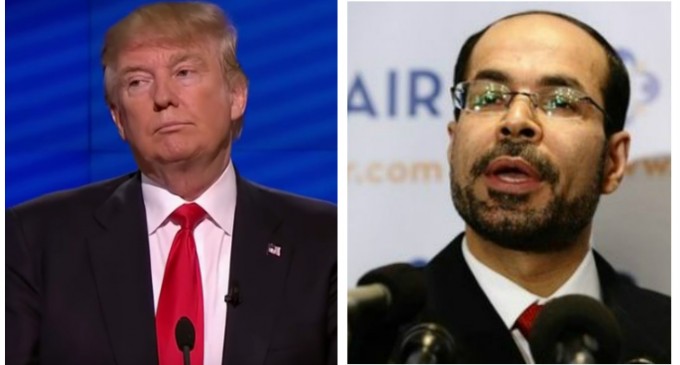 Trump said, “Islam hates us” and CAIR, the Council on American-Islamic Relations, along with other Muslim leaders are demanding an apology.

This organization is far from squeaky clean, as it is an arm of the Muslim Brotherhood and has been declared a terrorist organization by the United Arab Emirates.  It has been named as an unindicted co-conspirator in a Hamas funding operation by federal prosecutors and when asked to denounce these terror groups, will not.

So when Trump calls out radical Islam and points out what seems quite obvious saying, “I think Islam hates us”,  to Anderson Cooper, CAIR comes unhinged because this is “dangerous”, but Hamas is not.

Many on the left say that Trumps straight shooting rhetoric is dangerous and the cause for more terrorism.  Other Muslim groups like the American Muslim Alliance have threatened Trump.

Mahdi Bray, the American Muslim Alliance director, threatened Trump at the National Press Club.  His statement against fellow Americans who care deeply for the people of this country demonstrate the problem with the unified fight against radical Islam and why there is distrust toward the Muslim community.

Bray stated, “Let it be heard, and clear, to all political candidates, be it Donald Trump or whoever else, that indeed, if you engage in Islamophobia, if you engage in demagoguery and bigotry, you will pay a political price”, reported Truth and Action.

Yet now, CAIR, part of the Muslim Brotherhood, is telling Trump to apologize.  Read more on the next page.