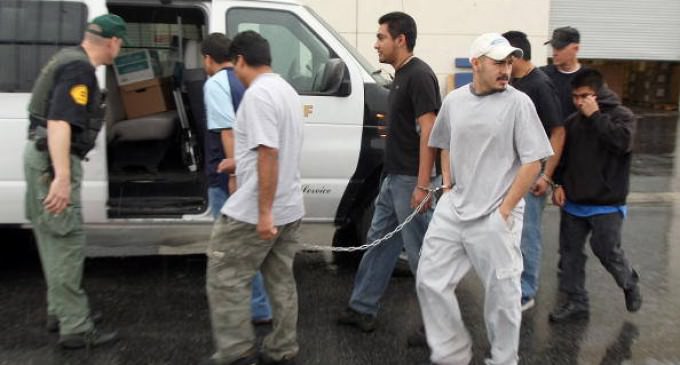 Perhaps the single greatest reason that Donald Trump is winning the race for the Republican nomination and garnering such fervent support is his outspoken views on illegal immigration.  Though the billionaire real estate mogul is not the first candidate to run on a platform of combating illegal immigration he is the most vociferous, and it has him sitting atop the delegate count by a wide margin.

It was recently reported that the catch and release program had let at least 124 murderers slip through the cracks.

Despite the fact that GOP candidates have been talking about stopping illegal aliens–a term recently banned by the Library of Congress–for decades, it took a leader as feckless as President Barack Obama to give rise to a candidate as bombastic on the issue as Donald Trump.

Last week the head of the National Border Patrol Council met with a Department of Homeland Security official, who informed him that they could expect exactly zero help from the federal government in deporting those awaiting trial for entering the country illegally.

To see the National Border Patrol Council's responses–as well as its first-ever presidential endorsement–continue reading on the next page.