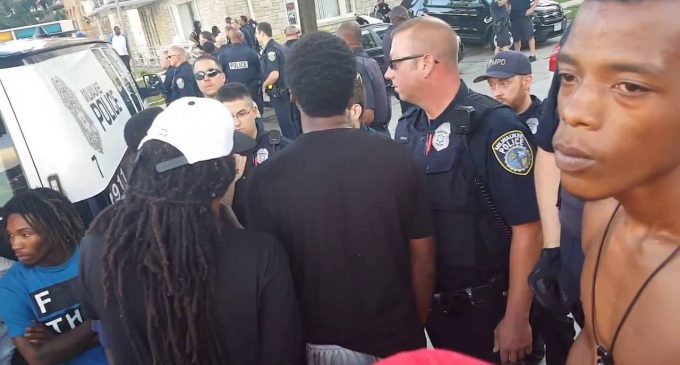 Is it possible to support what the Black Lives Matter is trying to accomplish, yet, be disgusted by their acts? Some would argue yes, some argue no. Others try to balance themselves on both side of the fence like a tight-rope walker over a pool full of different colored sharks. The only way to truly answer that question is to examine exactly what it is the Black Lives Matter movement is trying to accomplish, which according to the mainstream/liberal media is equality for all. Yet, whenever they gain prominence for things on the news, they usually revolve around murder, looting or “non-violent” protests.

And who is funding them? That's the real question. Many of the people in the BLM movement's leadership aren't exactly wealthy, which makes you wonder how they can build an organization and fund it the way they do. The most prevalent theory is that George Soros is behind it, and the evidence is plentiful in backing it up. For example, one of the BLM leader's houses is actually owned by a Soros Open Society board member.

The latest string of protests in Milwaukee left one journalists particularly confused. Sent their as an intern for a major publication, he was told to take pictures and report on what's happening, but as things escalated in the wake of another police shooting, he felt like his life was in danger, despite one of the “activists” telling him he was fine because he was a minority. After a white colleague of his was chased out of the area, they came back for him and beat started beating him until somebody noticed he was Asian.