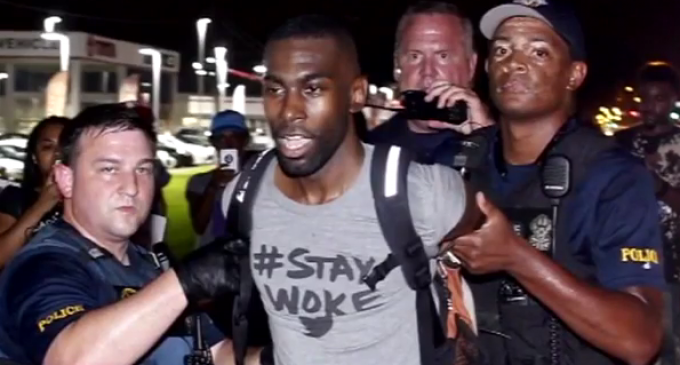 Soros' dirty money has been actively buying protestors to raise a ruckus at Trump events and now there is overwhelming evidence that he is the Puppet-master of the BLM movement, a group that over 100,000 have petitioned the White House to have declared as a terrorist organization.

Another person Soros appears to have on his corrupt payroll is #BlackLivesMatter leader DeRay Mckesson, who claims he is all about “leading a grassroots revolution for racial and economic justice”.  Yet his quest for income equality does not jive with his living situation.  DeRay lives in a mansion owned by wealthy supporters of Soros' Open Society Institute, James and Robin Wood.

The supporter of the poor and disenfranchised lives up a tree-lined drive, on beautiful Maryland acreage.  The home is palatial, private and surrounded by woods.  His living situation is not at all like those he claims to represent living in the in the ghettos through out the nation.

Read more of the hypocrisy on the next page.