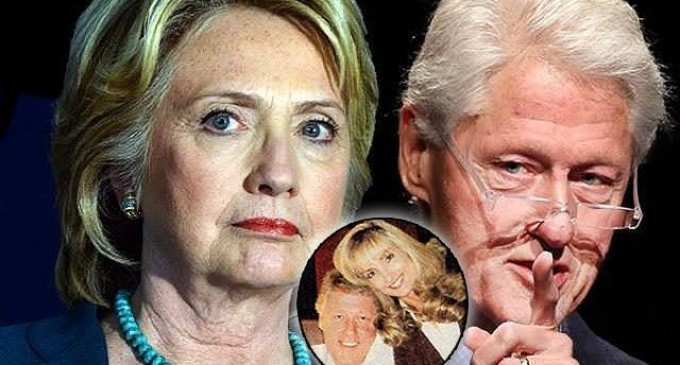 Hillary Clinton stands on her claim that she is the candidate for women. With old dames, like Madeline Albright, supporting her with comments like, “There’s a special place in hell for women who don’t help each other!” Hillary has an odd way of enticing women to come over to her dark side.

Much of the baggage that she will deal with in the next few months is that of her anti-woman practices, especially seen in her bullying of the women who were assaulted by Bill. This baggage is new to so many of the millennials and must be unpacked and displayed for all to see.

One woman, whose has been living a happy and peaceful life was raped by Bill Clinton.   She chose to break her silence after Hillary claimed to be for women and specifically women who had been sexually assaulted.  The hypocrisy coming from the shrew who threatened the women of Bill's sordid affairs.

It was all because of Hillary’s tweet in December [2015] where she said we all need to ‘believe the victims of sexual assault.’ How can she be so ignorant? Doesn’t she know we’ll all come forward again? She was saying in that tweet that all of us are liars. Has she lost her mind?” Juanita Broaddrick said.

Now, another gal has come forward sharing her experiences with Bill that date back to childhood, making credible again all the allegations from victims of the Clinton crime machine.

Read Dolly Kyle's thoughts on Bill, Hill and Trump on the next page.