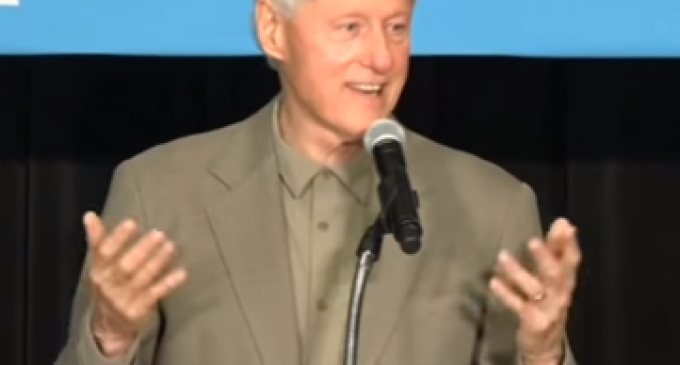 The Clinton family has once again shown their complete lack of respect for hard-working Americans. After Hillary claimed that Trump supporters are a basket of deplorables and went on to say how racist, sexist, homophobic, xenophobic, and Islamaphobic they are, her pervert of a husband, Bill, had some similar statements to put forth. He called them “standard rednecks.” Okay, so to rednecks that's actually kind of badge of honor, but that's because it's used to describe a culture and doesn't hold any negative meaning when used by each other. However, like everything else that comes out of the mouth of the Clintons, when they use it, you can be sure that it holds negative connotations, as it did in this case.

During an appearance at Palm Beach State College in Florida on Tuesday he stood before a large crowd and insulted Donald Trump while calling hard working Americans a bunch of rednecks. And according to Clinton-talk, rednecks is just another word for ignorant, white racists.

Read about the Clinton strategy on the next page.