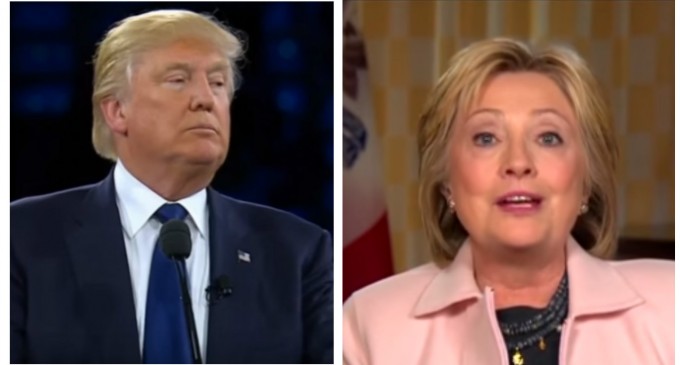 Hillary Clinton dug another hole for herself last week as she basically called over half the county a “basket of deplorables” made up of “racist, sexist, homophobic, xenophobic, Islamaphobic” people. This happened during a fundraiser in New York City on Friday evening, where described Americans who support Donald Trump. While she thought she was being clever and witty, that basket of “deplorables' she referred to isn't laughing, and neither are many others.

Calling Trump's comments “offensive mean-spirited rhetoric” she took to the stage with a speech made up almost entirely of trying to put Donald Trump down, and she ended her speech with a song by Barbara Streisand, who performed a parody of “Send In the Clowns” which, as you might have guessed, also mocked Trump.

In an odd but pleasantly surprising turn of events, her comments are now being compared to the remarks that Mitt Romney made about Obama after he said that forty-seven percent of Americans were just looking for handouts.

Trump's supporters were quick to react.