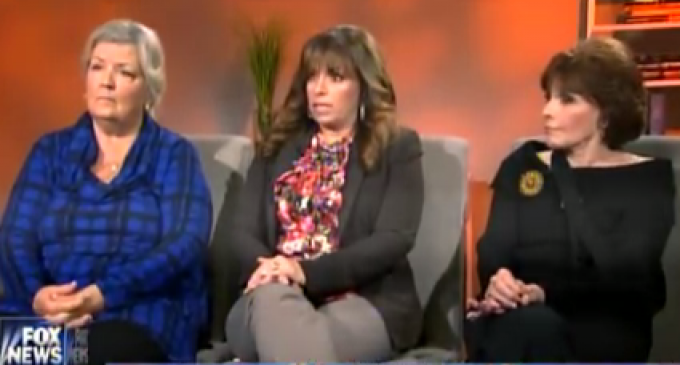 Not only does the leftist media give him that pass, but his alleged victims would seem to be victims twice — once from Bill’s alleged behavior and now from persecution from the left to the point where they actually fear for their lives.  Actually, they would each be victims three times over if we add the character assaults against them by Hillary, someone who purports to be supportive of women’s rights.

So are we going to defend the dignity and integrity of women or not?  The way a woman is treated should not be dependent on irrelevant matters such race, religion, appearance, or her political views.  Yet that’s what is going on as sponsored by the Hillary campaign.

We’ll hear from the unfortunate ladies on page two.