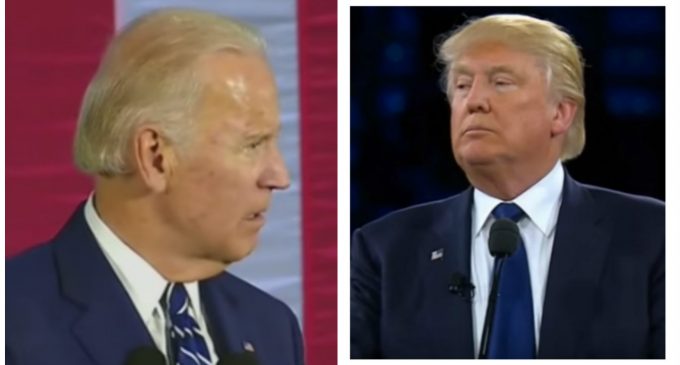 American politics have really become nothing more than the world's worst case of the blind leading the blind. For the past eight years, the Obama Administration has set themselves alight in hypocrisy and continually doused themselves in contradictions. And then there's Hillary Clinton's presidential campaign, which has essentially played the part of the overpowering breeze that has spread that wildfire across the country and convinced many young and old voters that burning to death is in their best interest.

So naturally, Joe Biden is exactly who you want to speak on your behalf when running for office. This weekend, he stood up in front of an audience of Hillary Supporters and called Donald Trump disgusting for things he allegedly said about women. Joe Biden might as well be Bill Clinton 2.0. He's calling Trump out for being crude towards women, Biden is a pervert of the worst kind. He's like the America's dirty grandfather. And that's not even the dumbest thing he said.

Find out what else he said on the next page.