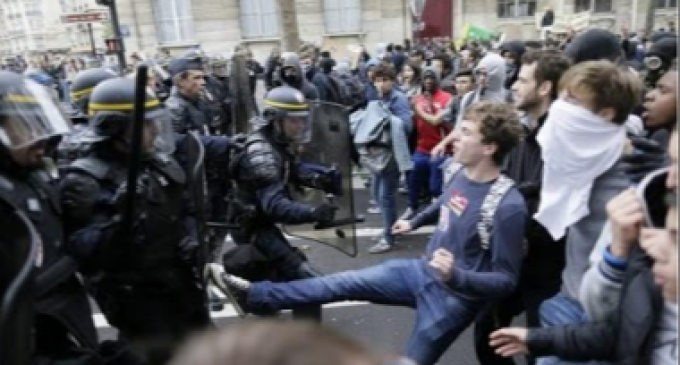 One must say that George Soros is both consistent and persistent. He pursues a undiluted leftist, globalist agenda, and he continues that pursuit even in the face of such devastating defeats such as Mrs. Clinton just suffered. His hand-picked champion, Mr. Obama, is on his way out the door of the White House to be replaced by Soros' nemesis, Donald Trump.

Yet, Soros soldiers on, putting his own money behind his campaigns to push hard-core liberal policies. Recall that during the election campaign, a Soros backed organization ran ads on Craigslist for protestors willing to demonstration at Trump rallies in return for wages. And he's not averse to funding violence either, given his support to groups like Move On.

All of that said, there is a point to be made by comparing the huge crowds of supporters who attended Trump's rallies, presumably at their own expense, with Soros' paid protestors and agitators. Shouldn't these people opposed to Trump be so moved by their cause that they just show up without pay? More on page two.