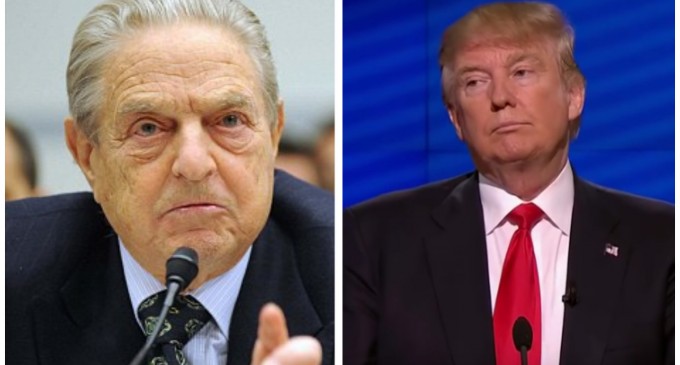 It really is tiresome to see this man's name come up time and again.  And he might actually prefer to maintain a lower profile than he is able.  But it seems George Soros will remain in the news as long as he is able to draw breath.  This is due, of course, to his deploying his fortune to advance leftist causes and his globalist agenda, something he does aggressively through funding, by one count, 187 organizations.  You can make a lot of noise with a force like that.

It would be foolish to expect Mr. Soros to fold up his tent and go home now that his plans to install Hillary in the White House as his chief puppet have miscarried badly.  In fact, he has already shifted gears as he deploys new weapons to destroy national sovereignty and install his beloved New World Order.

More on what he's up to now on page two.