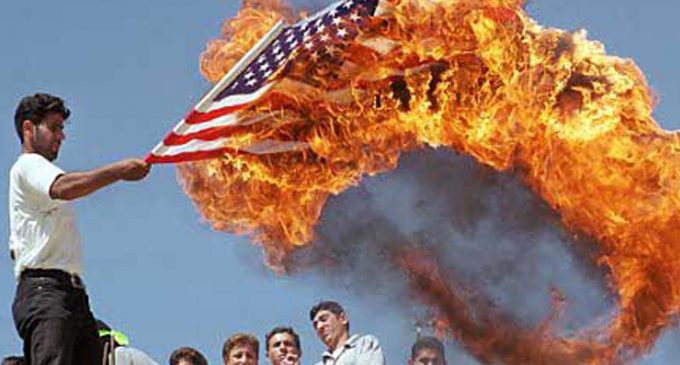 Could the US really be headed for a second civil war?  Americans have a tendency to look at unrest in foreign nations and conclude that such things cannot happen here.  What we might really be thinking is that because it hasn't happened here in 150 years, that it can't.  That's probably not the safest reasoning.

So far, we've seen localized unrest in response to the election of Donald Trump, but nothing like the violence that seems like a permanent feature in other countries.  At least not yet.

Barack Obama has certainly played his part in turning our nation into a pressure cooker. He has set back race relations 60 years, opened up our borders to all kind of third world migrants and terrorists, torn down the fabric of law across all branches of government and even stockpiled military weapons in local law enforcement agencies across the nation.

As the global elite continue to fund anti-Trump movments and inflame race relations across the country, a Second Civil War could very well move from the realm of the imagination to reality. Actually, from a globalist standpoint, a civil war would be a necessity. As has often been said, the only way to bring to America is from within.

So, if it's a possibility, then preparation would be wise.  More on how to do this on page two.