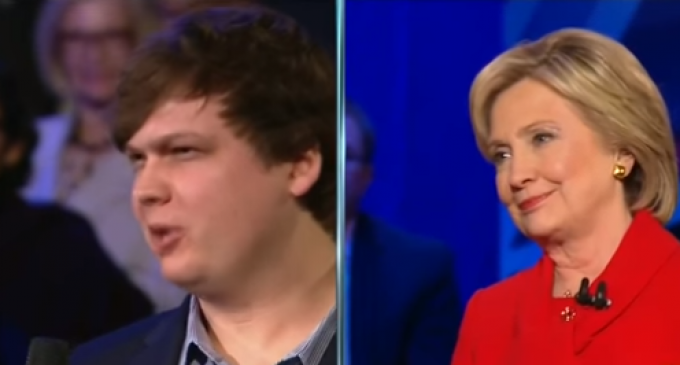 Hillary better watch out cause unlike the media, the young people of America are not falling over themselves before her, even the Democrats who would normally be supporting her.

Speaking at the Democratic town hall in Iowa yesterday, the former Secretary of State was caught off-guard by a skeptical young man in the audience. What he had to ask her easily put the journalists and commentators who never once challenged her to shame.

Waiting until he was called upon to talk, Taylor Gipple noted that for whatever reason, Hillary just wasn't able to inspire the same devotion that her main rival, Vermont Senator Bernie Sanders, does. Speculating as to why, the young questioner offered a very brave explanation.

“In fact, I've heard quite a few people my age think that you're dishonest,” Gipple told Clinton, undoubtedly shocking her given the fact that she's used to mere mortals being screened before they're let anywhere near here.

Read about how Hillary responded on the next page: