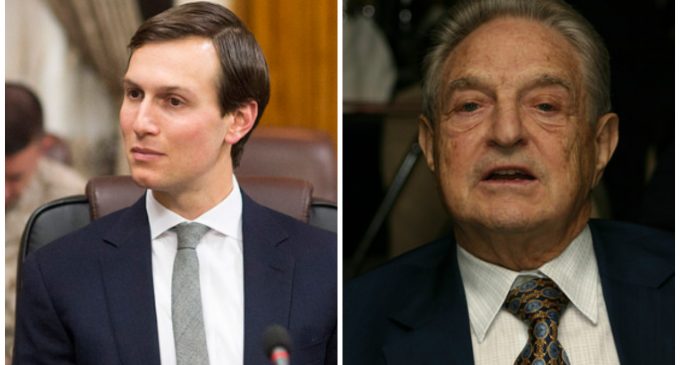 Jared Kushner, son-in-law and senior adviser to President Trump, has been revealed to have close business connections with the globalist billionaire, George Soros.

Kushner is a ‘former' liberal and high profile supporter of major democratic candidates. He states that his worldview started to change as he traveled with his father-in-law on the campaign trail and saw the divide between the elite and everyday Americans. Or did Kushner see the opportunity to grab onto his more successful father-in-law’s shirttails and go along for the ride? Some people even go as far as to speculate Kushner might be a globalist puppet or even the Antichrist working to undermine his father-in-law at every turn by combating the effects of other senior advisors to accomplish the goals outlined by Trump on the campaign trail.

Evidence of Kushner being linked to Soros adds fuel to conspiratorial flames. But, what exactly equates being financially connected to Soros and does this information shed any new light on Kushner’s true political loyalties?