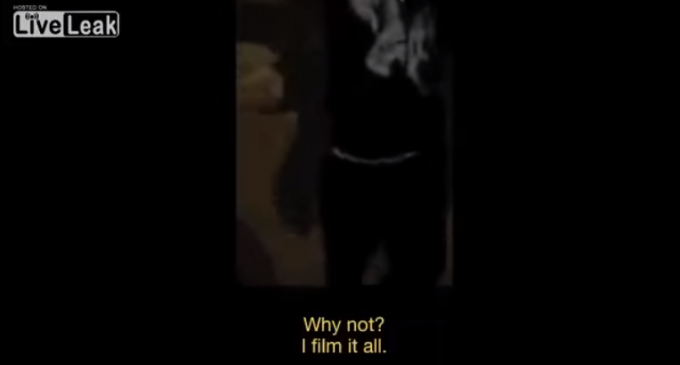 The viral groping video, made by a Swedish woman, who was assaulted this past weekend by a passing man, is more damning evidence that Europe has fallen to a cultural divide, brought in by an ill conceived policy of open boarders.

The woman, who was walking in the wee hours on Sunday morning recorded her interaction with the man who grabbed her bum.  She turned to the group of men, who appear to be recent migrants into Sweden, and angrily demands an apology and inquires which man touched her.

There is, of course, no apology, as she is an inferior object to be had, and more preposterously, the man offers her money for sex. View the video on the next page.