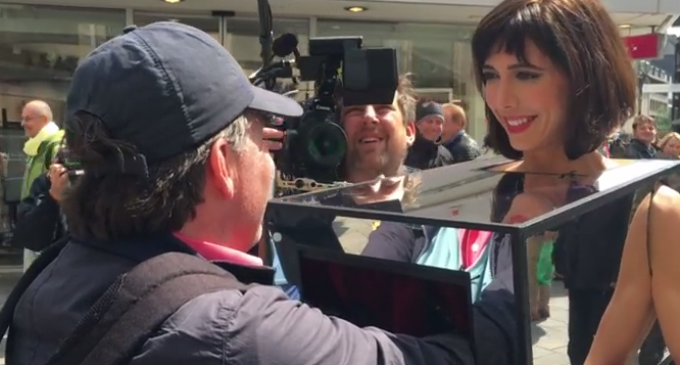 If you look at what's considered “modern art” by today's standards, you'll no longer find elegant paintings of seaside cottages or awkward shapes spread carefully across a canvas. Instead, what you find is nudity, obscurity and sex toys glued all over television screens. And that doesn't even hold a flame to the bizarre world of performance art, which takes everything that's strange about modern art and brings it to life.

Take a second to think about that.

Milo Moire, a Swiss “performance artist” who has been traveling all over Europe, has created an act that involves wearing a mirrored box around her torso and waist that let's strangers fondle her breasts and genitals. She calls it the mirror box show and believes it to be supporting some kind of feminist movement. But don't worry, she makes everybody sanitize their hands before going to town on her lady parts. At least she's being hygienic.