Donald Trump has been, typically, very brazen in calling out Obama on his birth records, even offering Hussein $50 million to turn over the proof of his actual birth certificate – Trump says he got no response.

The likelihood that Trump would initiate a complete investigation into this subject is exceedingly high. It would perhaps be the quickest way to undo everything Obama ever did.

Back in 2012, The Examiner speculated on what would happen if Obama was declared ineligible to be President:

All military orders Obama has given would need to be rescinded or reaffirmed by Biden. That would affect our entire military.

Next, all of the legislation Obama signed into law is null and void. If he’s ineligible, every bill, every executive order and any presidential paper he signed or issued might just as well be ground up and turned into confetti, including Obamacare, Dodd Frank, the Stimulus, and on and on, because he didn’t have the authority to sign them in the first place.

All orders Obama has issued to the EPA, HHS, the Justice Department and every other cabinet-level department or agency is no longer in effect. Everything added to regulations since January 2009 would need to be reviewed and many ripped from the three-ring binders that hold them.

With the bailout money given to the auto industry, which has since been spent, taxpayer ownership was quasi-collateral. But any contracts Obama signed so specifying would no longer be legal because he hadn’t the authority to sign the contracts in the first place.

All investments made in energy concerns by the Energy Department would have to be returned.

And what happens with the debt ceiling? The bills to raise it were signed by Obama, meaning they are all void. We have $16 trillion in debt now. Does the money authorized by Congress and signed into law by Obama mean we’d have to pay down the debt he’s incurred to pre-2009 levels? It would be impossible to do.

Student loan programs would have to be returned to the control of the states, which would be woefully unprepared to administrate them.

All treaties Obama signed and the Senate confirmed are unenforceable.

If Obama was not legally president and he ordered the drone attacks on terrorists in Pakistan and Yemen, could he be charged with murder by those countries for ordering the deaths of numerous suspected terrorists without legal authority?

For those of you who would respond that Obama did submit his birth certificate online, well, that copy was very easily proven a forgery by a team under Arizona Sheriff Joe Arpaio, who is currently being investigated by the feds.

The stakes are extremely high to keep Obama's eligibility to sit in the White House under wraps, but so is Donald Trump's tenaciousness. 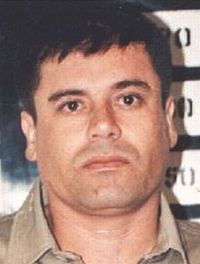 The Mexican drug lord and billionaire, Joaquin Guzman, who very recently escaped from a maximum-security prison, has traded barbs with Trump. After Donald stated that Guzman embodies ‘everything that is wrong with Mexico’ and said he would ‘kick his ass’, El Chapo replied, “If you keep pissing me off I'm going to make you eat your words you [F-bomb] blonde [homophobic slur].”

Guzman has a ton of cash, controls thousands through his leadership of the Sinaloa Cartel and has even been declared one of the world's most powerful people by Forbes every year since 2009. The drug lord is actually very popular with Mexicans in the United States.

The threat to Trump is real, making it very for Obama to take advantage of. All Obama has to do is kill Trump with a Hispanic patsy and blame it on El Chapo, that's low hanging fruit.