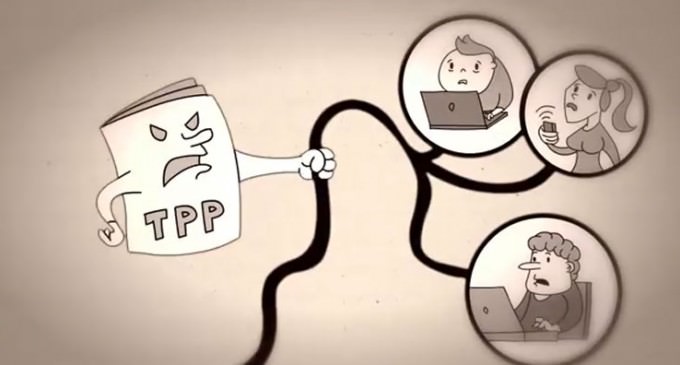 The non-profit journalistic organization, Wikileaks is working to raise a $100,000 reward for the secret contents of the Trans Pacific Partnership agreement. This agreement, driven primarily by multinational companies, is being touted as a vast and beneficial international ‘free trade agreement,' but 80% of the agreement has nothing to do with ‘trade. It amounts to enforceable corporate global governance.

Why is this worrisome?

The “T” in TPP definitely does not stand for “Transparent”. The details of the agreement have been developed almost entirely in secret, hidden from the public, but with a vast amount of pressure and (presumably) control by multinational corporations that have demonstrated deplorable ethics and astonishingly bold bully-tactics when dealing with issues that affect their own interests. The Obama administration has cooperated by maintaining the clandestine nature of these discussions, even preventing U.S. Senators and Congressmen from learning what their government is agreeing to and – more importantly – what it is giving up.

The short video clip on the next page breaks it down and explains why it's so vital to learn what is actually in this agreement that world leaders are being coerced into supporting: