Josh Earnest confidently derided those who are against the Iranian nuclear deal, backing Obama's divisive words directed at those in opposition. Though aimed at the GOP, the words are truly meant for anyone who opposes him, thus Democrats and Republicans alike, who don't believe that, “It is either that agreement or it is without doubt, military conflict in the Middle East”, are lumped into the same mass of lunacy as the hard-liners in the streets of Iran.

Earnest said on the MSNBC’s “Morning Joe” on Thursday.

The question before Congress right now is not whether the deal can be different, the question before Congress right now is, ‘Do you accept the agreement that has been reached by the United States and the rest of the international community with Iran or are you going to undermine it?’ And that choice is very clear and it is very clear in the mind of the president and it should be very clear for every member of Congress because it is either that agreement or it is without doubt, military conflict in the Middle East. 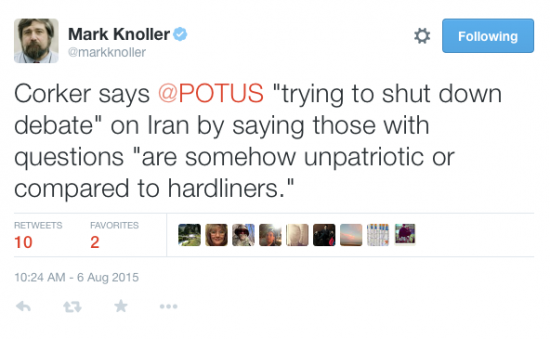 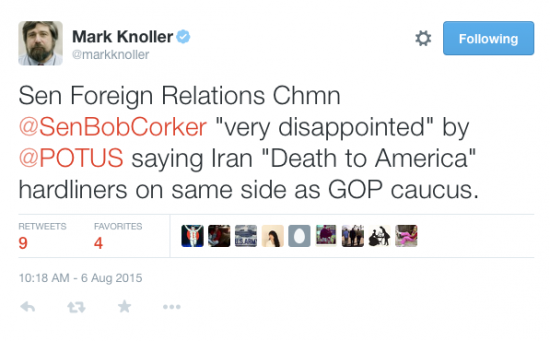 Read more at The DAILY CALLER.