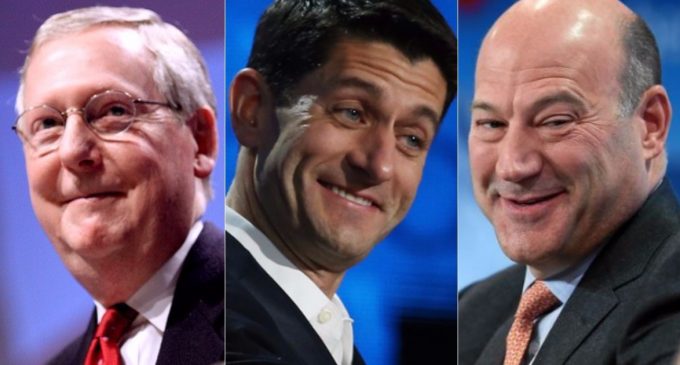 Two Washington insiders, Mike Allen and Jim VandeHei, who have the ear of the RINOs and Jackasses alike, and are well-versed in the “I’ll scratch your back, if you pay me $100M” Swampese, have put together a piece for Axios that attempts to answer why it is that both the DC Democrats and the Republicans hate Trump so much and how he can possibly function in such a high-energy, intellectual atmosphere without crashing and burning (because that’s what everyone expects of him).

Allen, who is a HUGE believer in the big government mentality and that every crisis can be managed, but only with Big Brother intervention, has an axe to grind in the Global Warming department.  It appears that he is a true believer and cannot for the life of him understand how Trump was able to unilaterally pull out of the Paris Climate Accord (as is apparent in his other articles).

VandeHei, who is very concerned for his fellow Swamp-dwellers and their sense of self-worth had chronicled in other works what he calls “Trumpression” or the deep and hanging depression of the Washington Establishmentariat due to Trump’s “suppression” of their abilities to work unimpeded by needless questions about the cost of a program or the lobbyists involvement.

As you can see, this piece that they’ve worked on together, which is to explain how Trump’s administration staff is not there because they like him, nor are they there because they’re indebted to him for the career position that has promised them a boatload of pension money and a wonderfully cushy life.

No, these government careerists are there to save America from Trump!  Read more on these pompous windbags and their ridiculous ideas about how Trump and his administration fare in the real world of the Swamp!