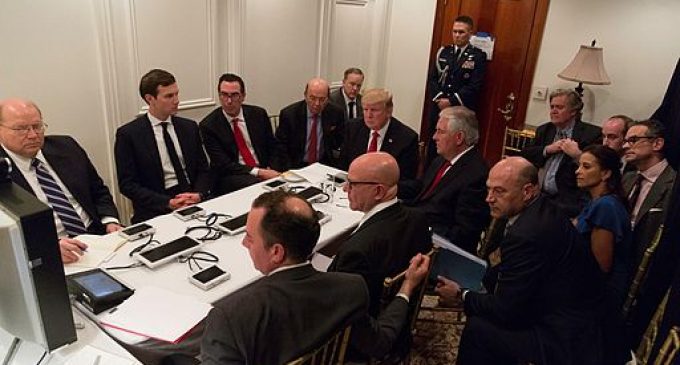 Back in 2013, Donald Trump insisted that the United States not attack Syria. According to Trump, there was “no upside and tremendous downside” if the Obama administration decided to strike Bashar al-Assad.

But recent developments show that Trump has changed his tune. After Assad launched a chemical attack on his own people, Trump responded with 59 tomahawk missiles aimed at one of Assad's military airfields.

Many observers, including Michael Savage, have claimed that military generals persuaded Trump to attack, despite the president's previous opposition to military intervention.

Now, reports indicate that several Trump aides are attempting to convince the president that even more military action is needed in the region. Trump, however, isn't necessarily on board with the idea.

See why they're calling for troops on the ground in Syria on the next page: