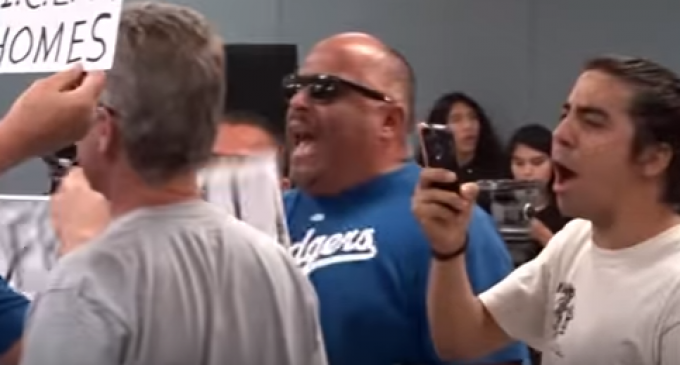 If you're a Conservative, you may as well get used to not being right in any decision, no matter which way you go.  We have been called racists, bigots, White supremacists, xenophobes and every other term that denotes that we do not want to mix with other races, and that we are not willing to share our country with those who want to be part of it.

The arguments against us, no matter how ridiculous and lop-sided they may be, are not sinking in to the opposing viewpoints simply because of ignorance.  There is certainly bigotry and ignorance on both sides, however the ability to see that most White Americans don't give a hoot if you're Black, Brown, Red or Yellow, as long as you're an American.  The debate has been raging since the 1960s and even beyond in many ways.  Throughout the last three or four decades, Whites have been so thoroughly pummeled with Leftist rhetoric as to become nearly powerless to say anything even remotely prejudiced without an avalanche of ridicule, hatred and violence being visited upon them.

This has also worked in reverse from the other side, where it is fully expected that if you do not say something overtly racist against Whites, you are being an Uncle Tom.  Blacks and Hispanics had begun to realize the power they held during the Obama years where a presidential administration not only looked the other way when it came to reverse racism, but encouraged it on a mass scale and applauded it.  The more audacious the examples of reverse racism, the better as far as the Obamaites were concerned.  When opposition to such racism began to solidify into a movement that embraced the opposite ideology and mentality, the race hustlers in the government departmental structure as well as the three branches of government, came out in force to deride Conservatives and the Tea Party movement as racist White supremacists.  Any Blacks or Hispanics that came out in defense of the Conservatives and the Tea Party members were immediately castigated and metaphorically lynched by the Party of the Jackass and its many incarnations.

The argument also arose within the last few years that people of color are “incapable” of racism and can therefore not be labeled as such.  This rose to popular usage especially when Trump's supporters appeared to be unable to be turned away from their candidate through lies, distortion, fake news, half truths and alternative facts.  This has now officially forced the Democrats into a corner where their only route of escape from their own poisonous rhetoric is to withdraw into racially-segregated communities and groups or organizations that block Whites from ever entering.

Behold, Cudahy in California!  This is a community that is 96% Hispanic in ethnic demographics and they have a very emphatic message for Whites in their little slice of Mexico:  You don't belong here!

At a recent Latinos-only Community Board meeting, White citizenry of Cudahy had the gall to try to attend their townhall gathering.