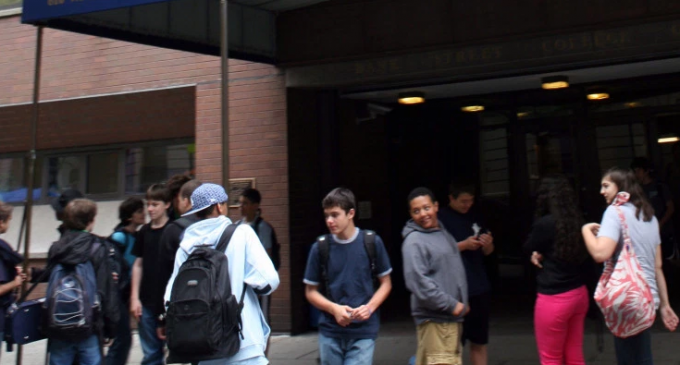 Racism is officially no longer a choice. While the discrimination of a particular race was once thought of as a vile character trait, now children are being told that they are born racist — but only if they're white.

What about other children, you ask? You must not have heard. It's impossible to be racist against white people — because of their privilege, obviously.

This “lesson” is being taught by K-8 teachers in — where else? — Manhattan.

Apparently, the left's proclamation that every child has value, and that every person should value their heritage, doesn't extend to wealthy Caucasian kids. They're being taught that they are awful, vile racists who must apologize for the decisions that they have yet to make.

The worst part is, these white children are being actively discriminated against by the school's administration.

To see the school's appalling policy that disallows Whites from entering certain parts of the classroom, continue reading on the next page: