We all remember the many hundreds of hours of broadcast time spent by all the major DNC Networks devoted to the Russia-Collusion Hoax. We can all vividly remember Hillary Clinton’s refusal to accept her defeat and how her subsequent “What Happened” book tour attempted to place the blame for the loss on just about everything except herself.

Not only was she in deep denial, but the entire DNC Network Media establishment was in denial. The Hollywood Arrogant were in full-on frenzy mode, there were explosions of angry mobs and violence by Antifa the nation over, and the Never-Trumpers from the GOP like Ana Navarro, Bill Kristol and George Will were in apoplectic shock as they made appearances on every show to call Trump illegitimate. The Deep State was planning on doing anything and everything within its power, including the possibility of wearing hidden microphones, to ensnare the president. Even the Globalist Cabal was assisting on the setting up of President Trump if it meant they could skirt paying their fair share of NATO expenditures.

In other words, the coup was on and The Resistance was huge! When Ben Garrison penned a political cartoon that showed Donald Trump against The World, it was not a stretch. Our president went from a loved figure in television and print, egged on early in his business career to run for the presidency (even by Oprah Winfrey herself, who purred whenever he visited her set) to a reviled figure who was despised by the world.

Trump supporters, of course, remained loyal and stuck by their president. They were the reason that he woke up at five in the morning, every morning, to be his routine of fixing the horrific mess of a country left behind by Barack Hussein Obama, Hillary Clinton, Joe Biden, and the Democrats.

The coup attempt has been an on-going event since the day Donald Trump announced his candidacy back in 2015. It has not slowed and the ultimate endgame of the Democrats for Trump was ALWAYS going to be impeachment and removal. The Ukraine phone call quid pro quo impeachment scenario is just another in the on-going series of concocted and scripted fairytale scandals, but with one big difference.

Could the attorney for the so-called “whistleblower” in this case have been at the epicenter of the entire Russia-Collusion Hoax to begin with and, if so, was he the actual architect of this Ukraine scheme from the beginning? 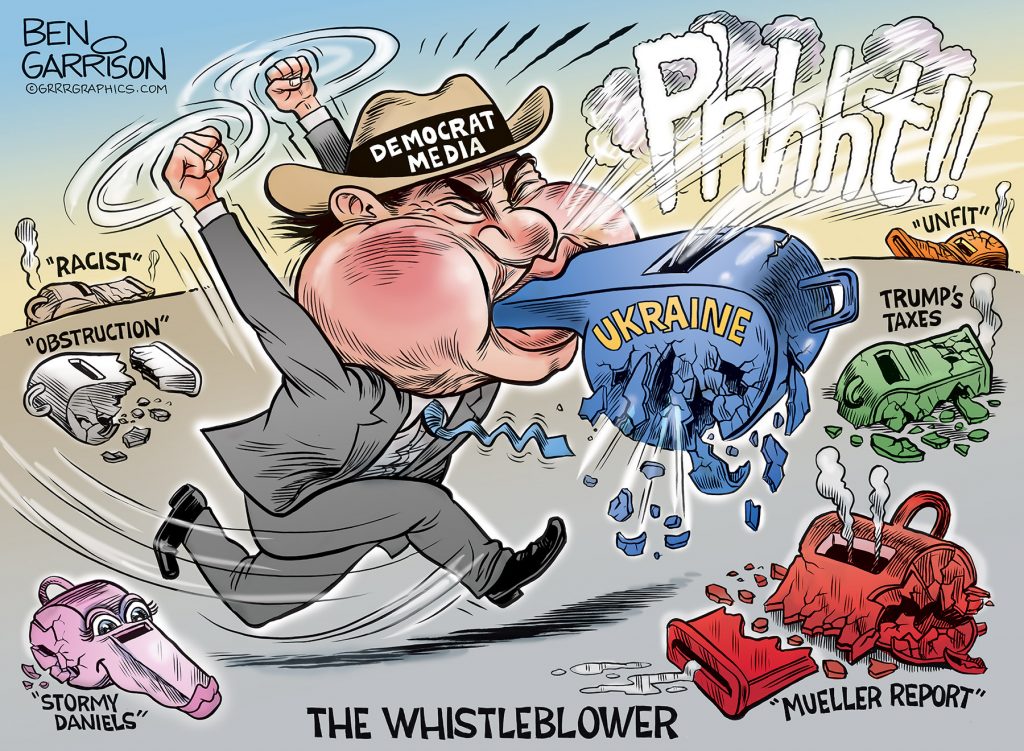 Mark Zaid is the attorney’s name and if you’re an avid Twitter user and you absolutely detest the president, you may very well be familiar with this lawyer’s thoughts. For years now, he has been tweeting and stating his intentions to remain 100% behind the impeachment push and has been a great supporter of The Resistance since the night that of Hillary’s humiliating loss.

In a remarkable revelation, Fox News Channel has unearthed a series of damning tweets by Zaid who is apparently deeply entangled in this whole impeachment business, going back as far as…literally…a few days into Donald Trump’s administration!

In an article published yesterday, Fox News Channel detailed the many tweets by the Democrat attorney, claiming they were justified. What was his justification? According to Zaid, they were “reflective and repeated the sentiments of millions of people.” These were the words of a lawyer, mind you. Imagine bringing that evidence before a judge!

Meanwhile, President Trump himself held a copy of the article in his hand while addressing his tens of thousands of supporters in Louisiana last night, calling the attorney “disgraceful.”

After tweeting lightheartedly about the controversy Wednesday night, Zaid sent Fox News a formal statement Thursday in which he said the social media posts were written with the belief that Trump would likely be “stepping over the line” at some point during his presidency.

“Those tweets were reflective and repeated the sentiments of millions of people,” Zaid said. “I was referring to a completely lawful process of what President Trump would likely face as a result of stepping over the line, and that particularly whatever would happen would come about as a result of lawyers. The coup comment referred to those working inside the Administration who were already, just a week into office, standing up to him to enforce recognized rules of law.“

The statement comes as Trump pointed to those 2017 statements in arguing the impeachment inquiry touched off by the whistleblower’s complaint should be ended.

“Based on the information released last night about the Fake Whistleblowers attorney, the Impeachment Hoax should be ended IMMEDIATELY!” Trump tweeted. “There is no case, except against the other side!”

The anonymous whistleblower filed the complaint earlier this year about Trump’s July 25 phone call with Ukrainian President Volodymyr Zelensky, in which he asked for Zelensky to assist in the investigations of alleged Democratic activities during the 2016 election, as well as former vice president Joe Biden and his son Hunter, particularly Hunter Biden’s business dealings with Ukrainian energy company Burisma Holdings. The related impeachment inquiry has focused on whether Trump tried to pressure Zelensky into taking part in the investigations, and if military aid or a White House visit were used as leverage.

Less than two weeks into Trump’s presidency, Zaid amazingly tweeted that a “#coup has started” and that “#impeachment will follow ultimately.” This was not just a run-of-the-mill statement. Zaid is a man with an impressive amount of contacts within the DNC. He has been one of the forerunners of this effort to steal the 2016 election and overturn its results, ultimately installing his queen, Hillary. His list of achievements in the field of dark money injection and links to people like George Soros are legendary. Is it so difficult to believe that this tweet about coups and impeachment isn’t really about a desire to see the president defeated and more about his efforts to make it so?

Following that, on February 5th, 2017, Zaid made another reference to what is occurring at the moment in the House of Representatives: “Every day that goes by brings us closer to impeachment.”

When only a week later, critics began to take notice of his severely hateful rhetoric, and after the Women’s March on Washington had seen calls by many of the attendees to “burn down the White House,” and other violent acts against the Trump family, they called him on his taking sides against the president. He responded, “100%. I’m not hiding anything. Anti-Trump. Worst presidential choice in modern history.”  This man is a walking poster child for The Resistance.

On a podcast last year, he said, “I’m not a Trump fan. I go out of my way on Twitter to say ‘#Resistance.’”

Move to the final page.