While many of the tweets posted by Zaid were in and of themselves the stuff of cloak-and-dagger spy novels, whose central character, the president, is undergoing some of the most transparent attempts at undermining his character and policies in order to remove him, Fox News Channel failed to note a very important aspect of these tweets.

In July of 2017, Zaid tweeted, “I predict @CNN will play a key role in @realDonaldTrump not finishing out his full term as president. We will get rid of him, and this country is strong enough to survive even him and his supporters.”

Two things about this tweet are very disturbing. First and more obvious is his lumping into the dastardliness of the president (which he consistently claims is neither a Republican, nor a Democrat issue) Trump’s supporters. In essence, he is saying here that Trump is a criminal…and his supporters are complicit and accessories to these crimes for voting him into office. Hollywood Arrogant actress Patricia Arquette herself this week also tweeted that Trump supporters are “complicit” in his crimes against the country. There’s a theme here. This is a veiled attempt at also disenfranchising the voters as well. In a Liberal dystopian future, Conservatives would surely be prohibited from ever voting again. 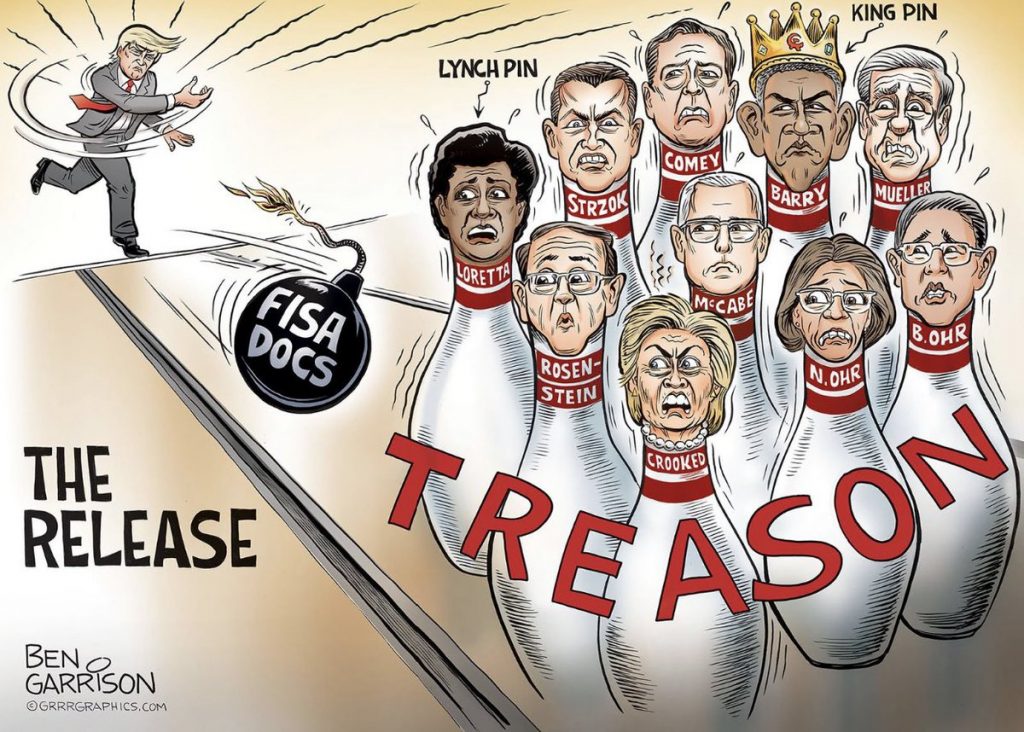 The other more disturbing aspect of this tweet, though, is something that Fox News Channel appears to have missed. In his prediction that CNN will be playing a key role in Trump’s removal from office, it appears to coincide precisely with the moment that Comey delivered his sit-down briefing with the president (before his firing) and then reported back to John Brennan with “mission accomplished.”

Looking closely at this situation, the timeline is suspect, suggesting that Mark Zaid, attorney for the so-called “Ukraine whistleblower,” may have been privy to the information ahead of the report being leaked to CNN by Brennan’s office!

Remember: James Comey is given the mission by John Brennan to bring the Steele Dossier’s existence to the attention of the president. Comey sets up the briefing, tells the president about some of the more salacious content in the fake report, texts “Mission accomplished,” to Brennan directly after the meeting. Brennan then immediately leaks the meeting and its content to CNN and the DNC Network runs the BREAKING story. Comey then uses that very story by CNN to lobby then-Attorney General Jeff Sessions to appoint Robert Mueller (his best friend and former boss) as special counsel to begin the Russia-Collusion Hoax investigation. In the center of all this, Mark Zaid announces in a tweet that he predicts CNN will be playing a key role in Trump’s removal from office!

This is the very definition of collusion. And Mark Zaid and this Schiff-run circus in Congress at the moment must be halted on Constitutional grounds.

One more thought: Perhaps John Henry Durham and William Barr already have Mr. Zaid in their sights. Perhaps his fingerprints are all over the Russia-Collusion and Ukraine Whistlegate guns.