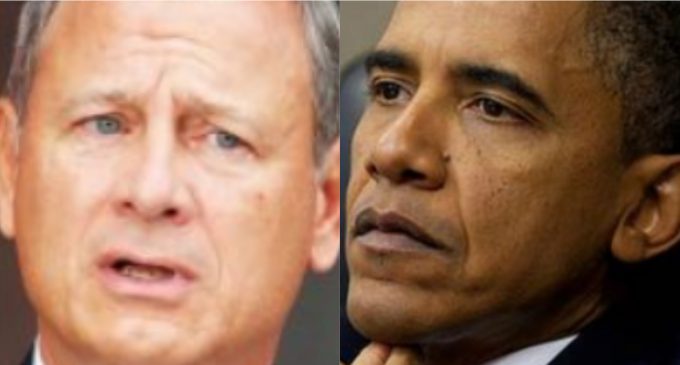 Once upon a time, Justice Roberts was considered to be a conservative-leaning justice on the Supreme Court.

Appointed as a pro-business Republican in 2005 by President George H.W. Bush, Roberts racked up a reliably conservative record on issues ranging from campaign finance and organized labor to abortion.

That time has long past: he has struck down an abortion law, overturned the Trump administration’s effort to end the DACA program for young immigrants, expanded the federal ban on employment discrimination to cover gay and transgender workers, and the first biggie, casting the deciding vote to uphold the validity of Obamacare just before the 2012 election.

With that liberal vote on Obamacare, many wondered if and how he had been compromised. President Trump insisted that Roberts had been wiretapped by President Obama during the presidential campaign. Although Trump didn't offer any evidence to support the claim,

Perhaps he has been.

Whistleblower evidence shows that Roberts may have been “hacked” by Obama administration CIA director John Brennan and director of national intelligence James Clapper.