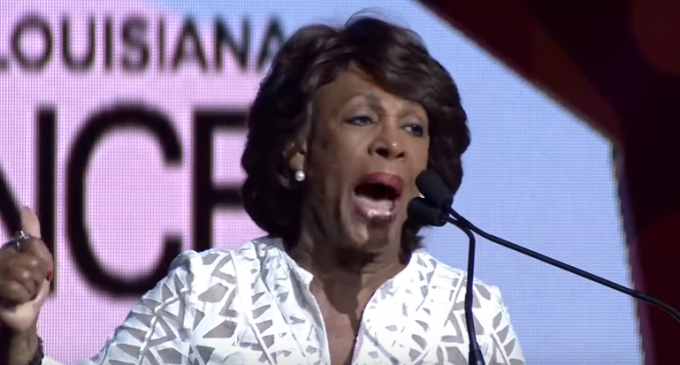 As a choir of progressive and media voices raises its voices to sing against President Donald Trump, Congresswoman Maxine Waters has stepped forward as the choir director.

Opening the hymnal of Trump Derangement Syndrome (TDS) songs, Ms. Waters sings the praises of impeachment. Apparently, she is hung up on the punishment while still searching for a crime.

Even before President Trump was elected, Waters was a highly vocal critic. Since his inauguration, she’s become the poster girl for TDS.

The Democrat Waters is the Representative of the 43rd Congressional District in California. The district covers much of south Los Angeles, from Inglewood down to Torrance and Carson. She’s been a member of Congress since 1991 and is the former chair of the Congressional Black Caucus.

This past weekend she ratcheted up the rhetoric, going beyond mere criticism to adopt a more combative tone that bordered on the edges of inciting violence against President Trump. Learn the details on the next page.