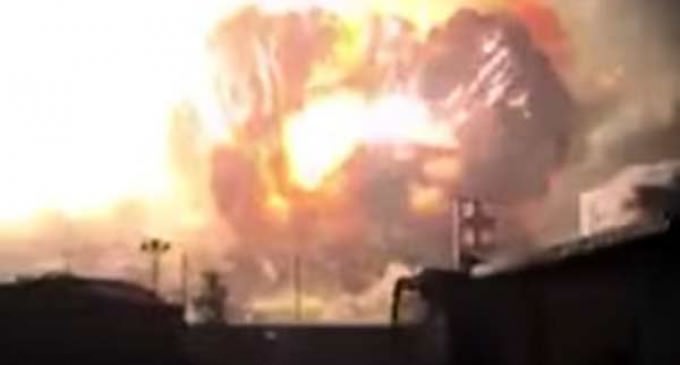 Is this just saber rattling or are we at war with China?  Just this week, with President Obama visiting Alaska, China showed off its strength by moving five of its navy ships off the coast of Alaska, in the Bering Sea.  This is the first time the U. S. military has seen them here said Pentagon officials and they are tracking the movements  of three Chinese combat ships.

The Chinese combat ships are not the first sign of war however, but the FOUR explosions that have occurred between the United States and China.  China has done all it can to keep this information censored,  both at home,  by even arresting bloggers and journalists, but also by making an effort to suppress the news globally.

What really is going on between China and the United States?  Are we in a staring contest waiting for the other to blink, or is there much more at stake?  It seems that this escalation is being kept from both the Americans and Chinese.  Keep reading and view the video on the next page.