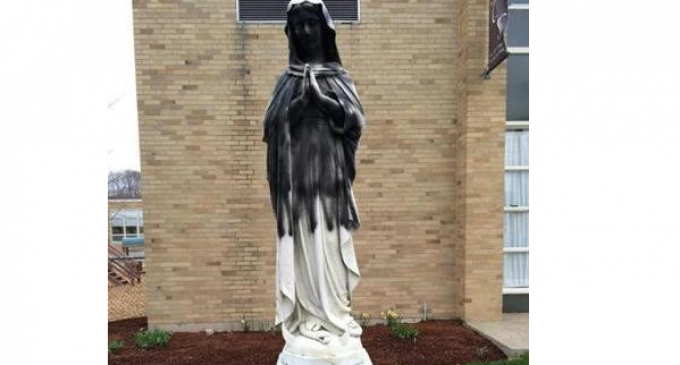 A statue of the Virgin Mary in Norwood, Massachusetts was vandalized on this Good Friday this year, and local media emerged to photograph and report on the incident in order to raise community awareness of the highly disrespectful act.

For the most part, the reporting seemed fair enough. There was a clear admonition of the act itself, made even worse by the fact that it was done on one of the most sacred Christian days of the year. There was even a call to prayer for the disturbed individual or individuals that committed the crime. All was par for the course and what one would expect for an incident of this nature.

What there wasn't, though, was an accurate description of how the statue was vandalized. That's because doing so would have put cast Muslims in a negative light — a major no-no for the leftists that control the country's mainstream media.

It seems even when Muslims are clearly at fault, no one has the guts or will to say it.

Continue reading on the next page to see what really happened to the Virgin Mary statue: