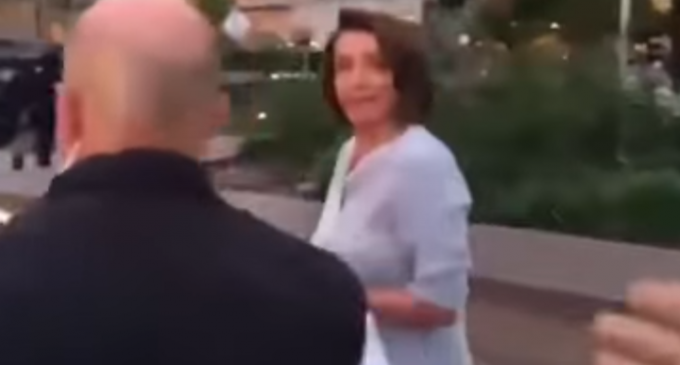 Nancy Pelosi's mental state has been called into question countless times over the past few years. She has a hard time speaking and has trouble remembering who the current President of the United States is. She's referred to President Trump as “President Bush” an astonishing five times already — proving that she is either senile or totally on auto-pilot. Probably both.

But there is good news. She may soon get a reprieve from the government work that seems to be draining her of power and cognitive ability. That's because, according to one man who recently confronted the congresswoman, she may soon be unemployed and behind bars.

If she does go to jail, she'd have about as much influence as she currently has now.

Watch video of the embarrassing confrontation on the next page: