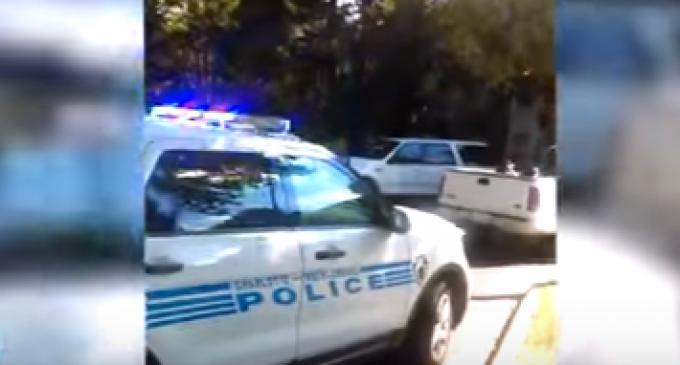 Meanwhile, the police released their own version of events, claiming that the man was holding a gun and refused to drop his weapon before he was killed.

Rioters rejected the claims made by law enforcement and stood by their belief that Scott was holding a book, not a gun.

Now video has been released by a family member of the victim that may help settle the dispute. Was he armed? Or was he simply reading a book in his truck, as the family members initially claimed?

See the video of Keith Lamont Scott being shot on the next page to decide for yourself. Warning: the video is graphic: