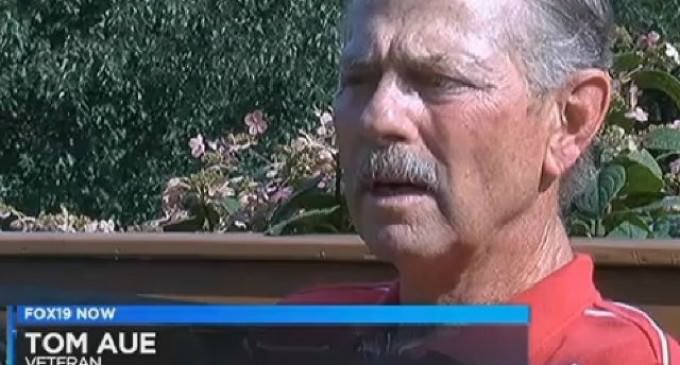 The National Anthem began to play and 69-year-old Tom Aue, a military veteran, paused his ticket taking job at the Cincinnati, Ohio, minor league stadium, to honor the flag.  He said that he took off his hat, and paused, only to be told by the owner to keep ticketing.

The owner, Clint Brown, said he had safety concerns, but was willing to accommodate Tom, so he could take time to salute the flag, by moving him to another job post.  Tom says he was fired.