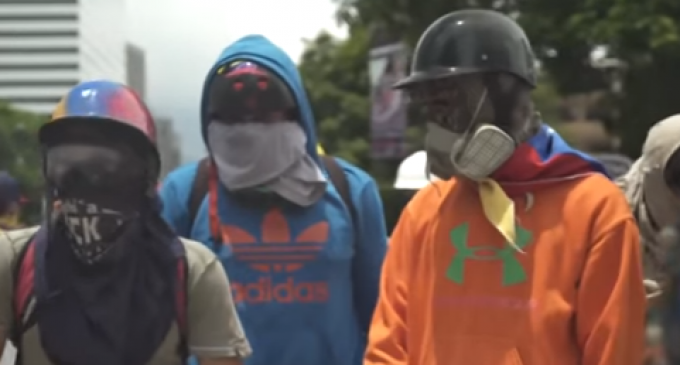 The Venezuelan people have been protesting for months now in a bid to unseat the sitting dictator, Nicolas Maduro, who they say staged a military coup in order to gain the seat of power.  Elsewhere around the continent, there is a rising sentiment that Maduro's heavy-handed use of military and paramilitary units to disperse crowds and drive off citizens from areas of government business is shameful and embarrassing.  They are rallying to the call of the people of Venezuelan and are even calling on other countries to step in to provide assistance for the people and to impose sanctions upon the sitting regime.

Over the past few years, Maduro has been pushing for several initiatives that his government must achieve in order to remain in power indefinitely.  One of those initiatives, and an important one if the others were to take full effect, was a permanent and significant reduction and retraction of guns and gun rights from the general populace.  That was achieved, due in most part to friendly state buy-back programs and loose propaganda regarding the safety of families.  The next step was reducing or eliminating sanctions imposed by the United States and other nations that hampered the ability of Maduro to take complete control over the populace.

That was in the process after a visit from President Obama back in April 2015, when he met with Maduro in Venezuela.  Following the meeting, thale Venezuelan presidential aide, Teresa Maniglia, tweeted that there was “a lot of truth, respect and cordiality” during the meeting.

Afterwards, even the Brazilian president at the time, Dilma Rousseff, said of the U.S. sanctions against Venezuela:  “…unilateral measures and policies of isolation” are “always counterproductive and ineffective.”

So ineffective, I suppose, that those with sanctions imposed upon them are always whining how they want the sanctions removed.  Incidentally, Dilma Rousseff was herself impeached and removed from power in Brazil last year.

The third initiative is the complete control of the populace through martial law and armed military presence in public areas.  In a bid to achieve the third initiative, Maduro already has his top general on the job.  And the general isn't mincing words about the bloody conflict to come.