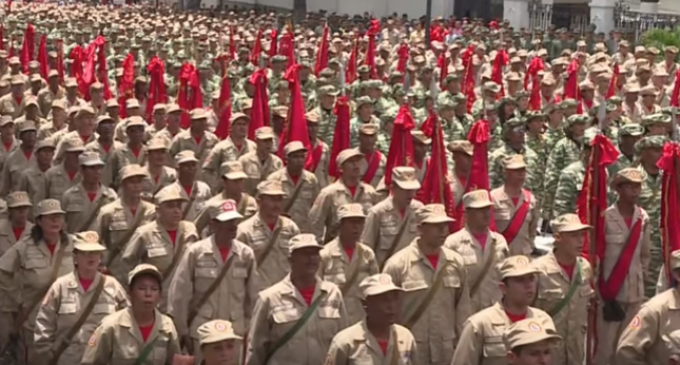 As Venezuela descends further into total chaos and economic collapse, Venezuelan President Nicolas Maduro, who rules as a virtual socialist dictator, has announced plans to arm approximately 400,000 of his supporters to make them a personal militia.

By doing so, Maduro hopes to crush growing citizen protests against his regime and put down growing unrest over economic deprivations that have brought the country to a standstill.

In a speech Tuesday outside the presidential palace to a crowd of loyal supporters, Maduro shouted, “A gun for every militiaman!”

The arming of supporters comes five years after the government outlawed the commercial sale and civilian ownership of firearms.

Find out what Maduro really hopes to achieve with his re-armed militia on the next page.