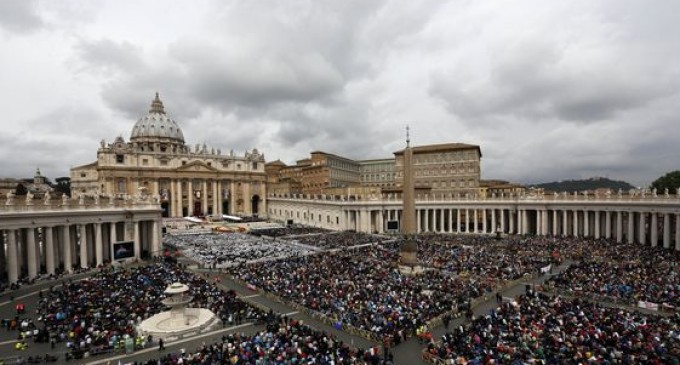 The Vatican is officially welcoming the Iran nuclear bomb agreement between the P5+1 world powers (U.S., UK, China, France, Russia, Germany) and Iran. They openly stated that the Holy See believes Tehran will reduce its nuclear capabilities in exchange for sanctions relief.

They are ignorant, like Obama and the others, considering Iran is very excited about their new “find” of enriched uranium. In calling for a Middle East free of nuclear weapons, the Vatican also appeared to target Israel, given that it is the lone nuclear power in the region.

More bizarre Vatican notes on the next page: